The Columbus Foundation’s Giving Store makes it easy to give.

Big plans at the Nature Center in Shaker Heights with leadership gifts from the Cleveland Foundation, Third Federal Foundation, Murch Foundation and a number of individual donors.

Hudson committee, including the leaders of the Hudson Community Foundation, aims to install fire detection systems in historic shopping area.

Red Cross asks for volunteers to help install free smoke alarms across Northeast Ohio; made possible thanks to the Cleveland Foundation, the United Way of Greater Cleveland, KeyBank, The Sam J. Frankino Foundation and the Wenk Family Charitable Foundation.

Class Act: Deputy serves as East SRO; he recently was awarded a grant from the Troy Foundation to bring the “Arrive Alive — Distracted Driving Simulator” to Miami East High School this spring.

The Scioto Foundation has announced a new scholarship for those touched in some way by a suicide of a loved one.

Manufacturing remains a major economic driver in Northeast Ohio according to a new study which was supported by a $300,000 grant from the George Gund Foundation.

Examining the threshold: When it comes to poverty guidelines, not everything is equal; organizations like The United Way of Greater Cincinnati want to help local families make their way out of poverty.

Greater Canton MLK Commission expanding its mission by donating $20,000 for its endowment at the Stark Community Foundation. 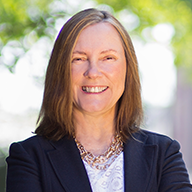 Last week, Philanthropy Ohio staff and foundation leaders joined over 220 others for the annual Foundations on the Hill (FOTH) event, coming together from across the country to educate policymakers about the important role philanthropy plays in communities and to advocate on a number of key issues.
Read more.

Film Cincinnati raises money to give $100 Kroger gift cards to crew members who are out of work due to COVID-19; funders include the Haile/U.S. Bank Foundation, the McClane Foundation and the Greater Cincinnati Foundation.