Columbus State opened a food bank for low-income students; The Market was supported by Cardinal Health Foundation, which gave a $700,000 grant; Kroger and Wasserstrom provided in-kind support of grocery equipment.

Sculpture fundraising nears completion thanks to The Troy Foundation, Duke Foundation and the Robinson Foundation.

“There is no manual.” Inside The Dayton Foundation's response to a mass shooting.

Accelerator guides musicians on how to make a living from their art, backed by People’s Liberty and ArtsWave.

Boat ramps and the Village of Fairport Harbour funded by a $60,000 grant from The Cleveland Foundation.

Greater Cleveland Food Bank will offer financial coaching to 40 families thanks to funding from Citizen’s Bank.

Deborah Barnett named local census coordinator; her salary is funded by the city, the county and the Greater Toledo Community Foundation.

The Tinora Music Boosters was awarded a grant of $4,000 from the Defiance Area Foundation. 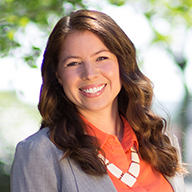 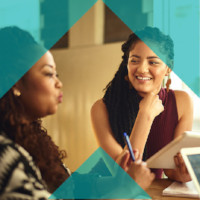 Regardless of how you answer the question of whether 2020 starts a new decade or ends the old one, there’s something about the symmetry of 2020 that particularly encourages me to look ahead and think about what the year might bring that relates to the work we do at Philanthropy Ohio.